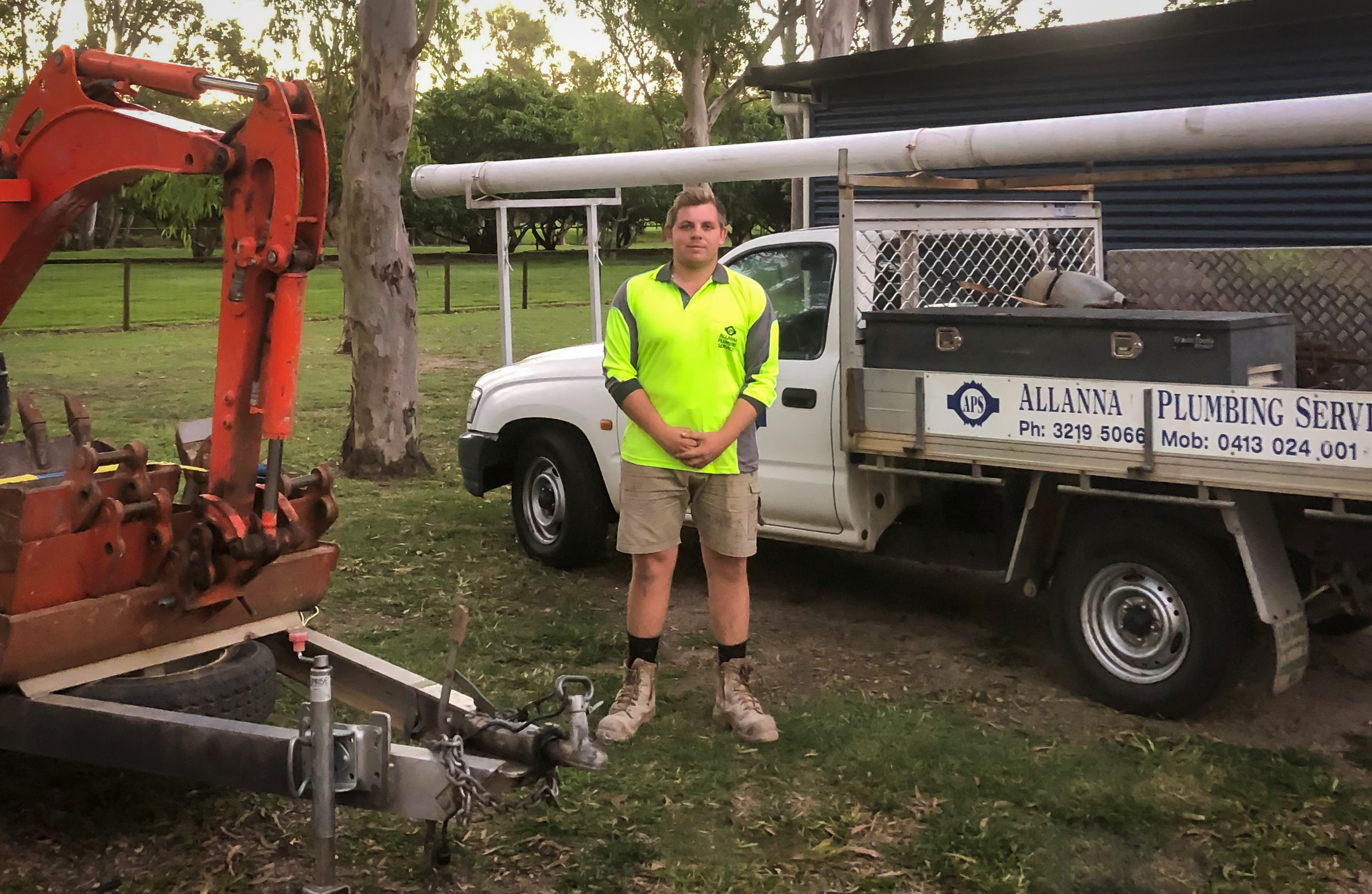 BELMONT’S Connor Stafford will become his family’s fifth generation plumber after receiving a 2019 Rheem Apprentice Plumber Grant. Connor, 21, has been named one of ten Grants recipients for 2019.

He beat more than 100 other apprentice plumbers from around Australia. What stood out with the judges was Connor’s standout work ethic and desire to carry on his family’s tradition. Connor, a fourth-year apprentice who works with Allanna Plumbing Services, has also previously been nominated twice for Apprentice of the Year awards (for 3rd and 4th year Apprentice of the Year), and as a plumbing ambassador. He also went to the nationals in the Tournament of the Minds, a public speaking competition.

Connor received a $3000 grant, $2000 to go towards his study fees and a $1000 tool voucher. Rheem Australia began its Rheem Apprentice Plumber Grants program in 2012 and since then has awarded almost $250,000 in Grants to apprentice plumbers to help foster the next generation of plumbers.

About the 2019 Rheem Apprentice Plumber Grants

Ten apprentice plumbers from around Australia have 3,000 reasons to smile after being named the 2019 Rheem Apprentice Plumber Grants recipients. Rheem Australia has been running the program since 2012 with the aim to help foster the future generation of plumbers. This year there were $30,000 in Grants.

The 10 Rheem Apprentice Plumber Grants recipients each receive $2,000 to go towards their college fees and/or textbooks, a $1,000 tool voucher, and a tool tote to help carry their tools.

“From speaking with apprentice plumbers – current and past – their teachers and their employers, these are things that go a long way to help up-and-coming plumbers to achieve their goals,” says Rheem CEO, Chris Taylor.

This year’s recipients are aged from 15 to 43 and hail from around the country – from remote regions to metro areas – and each has a clear aim: to be a great plumber. They range from Blake bin Swani, a young indigenous man and father of two from Broome, WA, who is also a local football coach and mentor for other local Noongars; mature age apprentice Reannon McCann from SA, a stand out AFL Women’s player and captain of her premiership winning team for past two years; NT father-of-five, Carl Macic, who is training to be a plumber while also working as a policeman and would like to one day work with his kids in a plumbing business (“That would make me the happiest plumber on the block!” he says); and Luke Cox, whose family’s savings had to be used to pay for Luke’s surgeries when he suffered heart failure in 2017. According to Luke’s employer, while recovering from surgery to receive a pacemaker, Luke “wanted to just go back to work!”

“These apprentices represent the future generation of plumbers and we are proud to be able to provide support,” says Chris Taylor. “The plumbing industry has provided immense support to Rheem for more than eight decades and these Grants are designed as a thank you and to help foster apprentices. We are thrilled to play a small role in helping encourage those who might be struggling financially or need a morale boost to continue with their studies.”

“It was yet another tough decision for our judges this year, with so many worthy apprentice plumbers applying!” says Taylor. “We wanted to provide some encouragement to several other apprentices, hence providing these additional Recognition Awards.

“We would like to thank all our applicants, their employers, TAFE and RTO teachers and plumbing merchants. Since we launched the Rheem Apprentice Plumber Grants in 2012, we have discovered just how many amazing apprentices there are around Australia.”

The applications were reviewed by three judges from the TAFE sector, the Master Plumbers Association and private industry.

Here are just some of the other outstanding winning applications Rheem received:

Since the Rheem Apprentice Plumber Grant program was launched in 2012, almost $250,000 in Grants and Recognition Awards have been awarded to apprentice plumbers. The full list of this year’s recipients can be found on the Rheem website – www.rheem.com.au.

About Rheem Australia – www.rheem.com.au
Rheem has been manufacturing in Australia since 1937 and is the largest producer of water heaters in Australia. Its brands include Rheem, Solahart, Vulcan, Aquamax, Raypak and Everhot. It employs people throughout Australia and has manufacturing facilities in NSW and Victoria. Rheem has additional subsidiary organisations in New Zealand, China, Vietnam and Singapore.