Discover everything there is to know about MPAQ Press Releases! 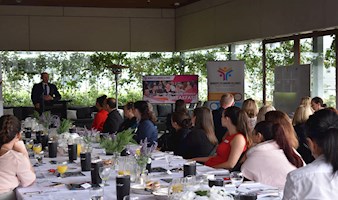 Master Plumbers’ Association of Queensland (MPAQ) was announced in October as a successful recipient in the latest round of Advancing Women in Business: Industry Partnerships program conducted by the Department of Training and Small Business.

With several days of severe storms predicted in South East Queensland by the Bureau of Meteorology (BoM), the Master Plumbers’ Association of Queensland (MPAQ) is urging everyone to ensure that plumbing is a key priority in storm preparation.

Daniel Casey from All Style Plumbing has taken out the Construction Skills Queensland Merv Harris Memorial Bursary Award at the 2018 Plumbing and Gas Industry Awards.

Numbers up for five accountants

The Queensland Building and Construction Commission (QBCC) has banned five accountants from providing further advice with the Deputy Commissioner Philip Halton warning complacency would not be tolerated.

Ten apprentice plumbers from around Australia have 3,000 reasons to smile after being named the 2019 Rheem Apprentice Plumber Grants recipients.

Business administration has become even more convenient for simPRO customers within the trade service industry, thanks to a new integration with BGW Group in Australia.

Trade associations have come together in support of Project Bank Accounts.