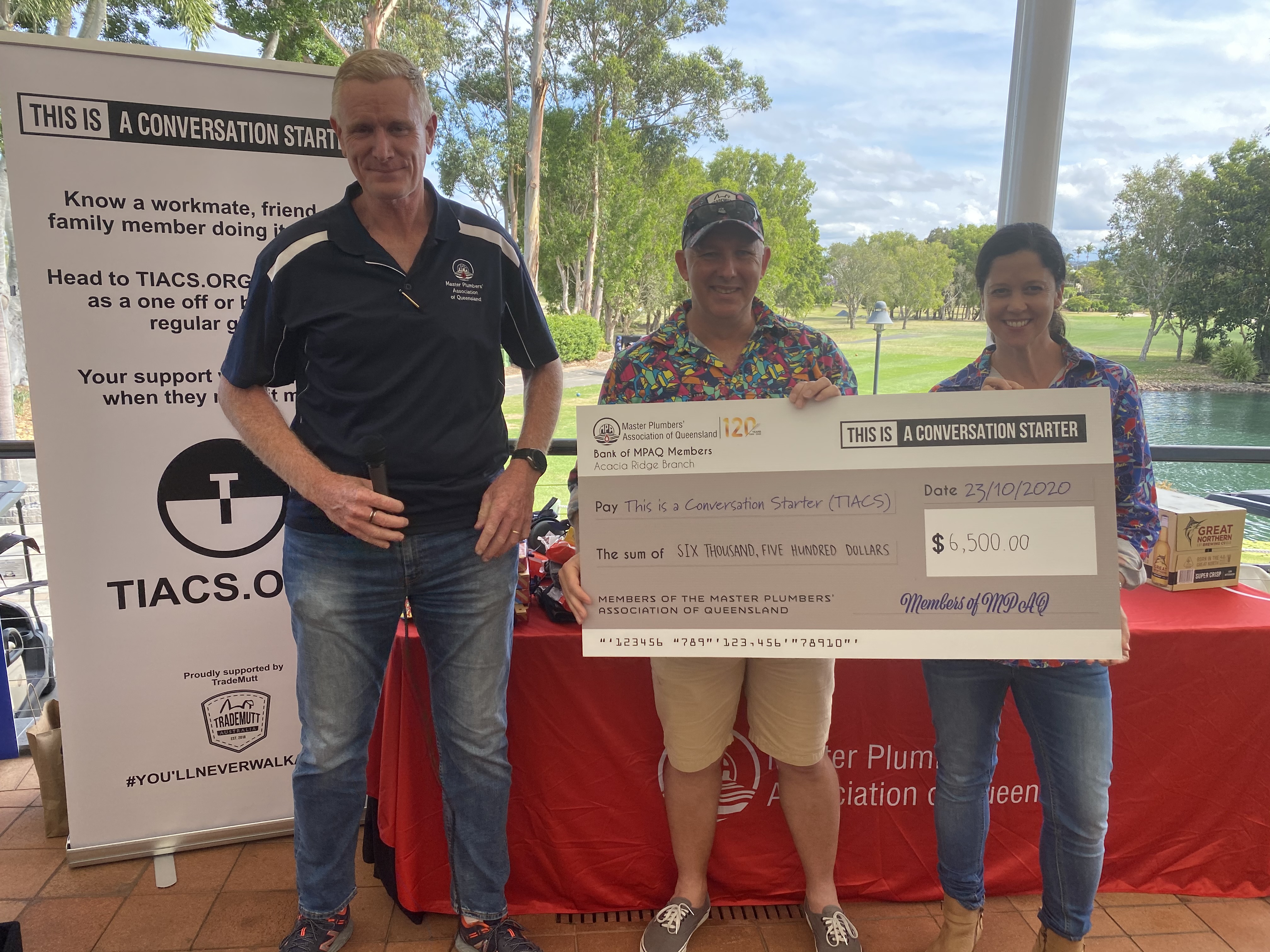 Throughout 2020, MPAQ was proud to raise money for This Is A Conversation Starter (TIACS)!

This is a conversation starter (TIACS) foundation was created by Ed Ross and Daniel Allen, two social entrepreneurs from Brisbane, Australia. After Dan lost a close mate to suicide in late 2015, it became obvious that there was a significant lack of understanding around mental health, particularly among young men. After starting a social enterprise work wear company in 2018 (TradeMutt), Dan and Ed knew that they wanted to further their work from driving a cultural shift around the mental health conversation to actually providing a solution for anyone seeking help. After nearly 12 months of behind the scenes work in February 2019 the This is a conversation starter foundation was launched.

Although in it's infancy, TIACS launched its first initiative in 2019 which will provide access to psychological therapists, leveraging available technology and removing the physical and financial barriers to being able to access these private sector services in Australia.