Discover everything there is to know about Government Information! 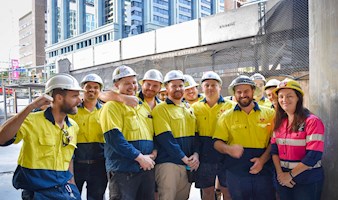 Master Plumbers’ Association of Queensland (MPAQ) Executive Director, Penny Cornah, has applauded the Queensland Parliament for passing once in a generation fairness laws on Thursday 26 October.

Treasurer Scott Morrison delivered his third Commonwealth Budget in Canberra last night, the last before the next federal election, which must be held by May 2019. Mr Morrison said the Budget is focused on further strengthening the economy to “guarantee the essentials Australians rely on” and “responsibly repair the budget”.

A boost to funding for construction in Queensland will provide a large amount of work for tradies.

Queensland Housing Strategy Delivers for Cities across the State

Queensland Housing Strategy Delivers for Cities across the State

With the upcoming State Election, MPAQ has been advocating on your behalf for a number of key priorities for the plumbing industry. MPAQ will never advise you on how to vote, but it is important for you to be aware of who is supporting our industry on each of these key issues.

Trade associations have come together in support of Project Bank Accounts.

The 2017-18 Queensland State Budget was released on Tuesday 14 June with a theme of Jobs for Queensland.

MPAQ have put together some of the important points from the 2017 - 2018 Federal Budget that will affect our members.

In what has widely been described as the most important budget since World War II, Treasurer Josh Frydenberg handed down the Morrison Government’s highly anticipated 2020-21 Federal Budget on Tuesday 6 October.

Learn more about the Building and Construction Legislation (Non-Conforming Building Products - Chain of Responsibility and Other Matters) Amendment Bill 2017.

The state government has announced the Queensland Budget 2018-19. MPAQ has compiled a list of the items relevant to MPAQ members in the budget.